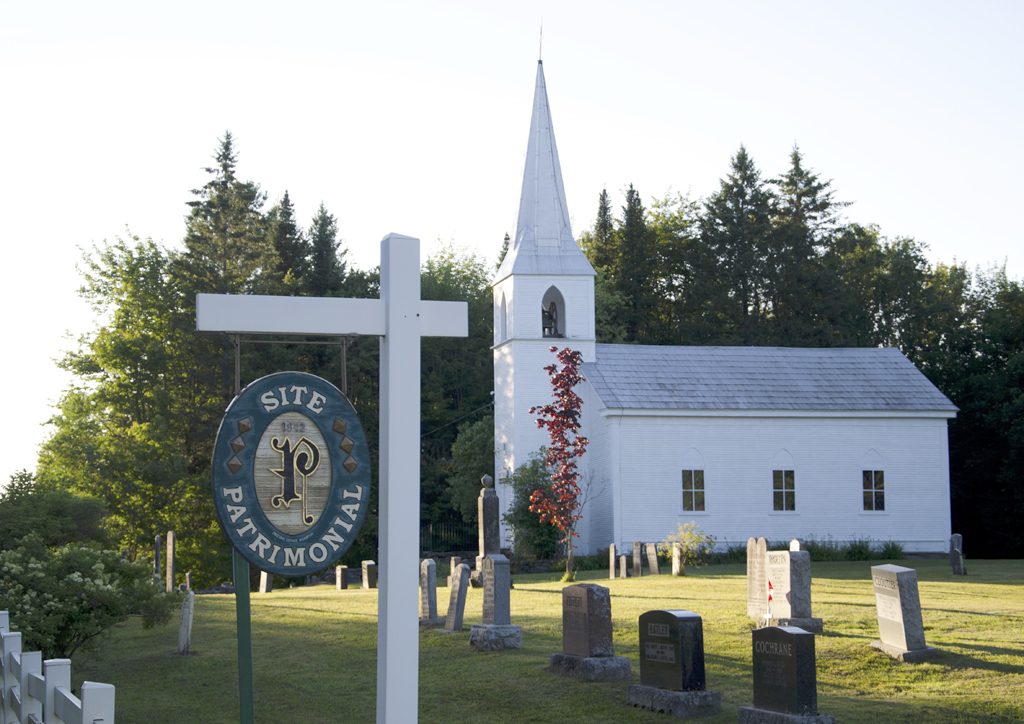 The Church Heritage Tour in Bury on July 30th had just one drawback, said Ed Pederson: Not enough time to get around to all the churches. Pederson is president of the Bury Historical and Heritage Society which organized the all-day event showcasing six heritage churches and their cemeteries.
The day began with breakfast, antique cars and art at the Christchurch Canterbury on Route 214, showing off its unique flying buttresses. More than 20 kms northwest of Canterbury, the Grace United Church on Brookbury Road offered a show of quilts, arts and crafts. Also on Brookbury Road, the St. John’s Anglican Church had a special 175th anniversary Holy Eucharist celebration with Bishop the Right Reverend Bruce Meyers of the Diocese of Quebec.
In downtown Bury, The St. Raphael Catholic Church offered a new museum of historical religious objects, and hosted a mechoui at the Armoury Community Centre that was attended by some 140 persons. Environmentally friendly activities and a historical pulpit built by George Cowan and John Pope were featured at the United Cultural Centre, the erstwhile Bury Methodist Church which was established in 1868 and became the Bury United Church in 1925.
Also on Main Street, the St. Paul’s Anglican Church hosted a bilingual ecumenical service officiated jointly by Bishop Meyers, Rev. Tami Spires (United Church), and Father Donald Thompson (Roman Catholic), with music by the St. Laurent Choir from East Angus.
It was a glorious sunny day, and Pederson was pleased with the turnout. « I’d guesstimate about 100 people visited the various churches, and there were maybe 35 volunteers, overall », he said.
Looking ahead, he’s thinking about organizing a weekend event, and even expanding the tour to include churches throughout the Haut-Saint-François. « People have no idea what beautiful little churches we have in the MRC », he said.