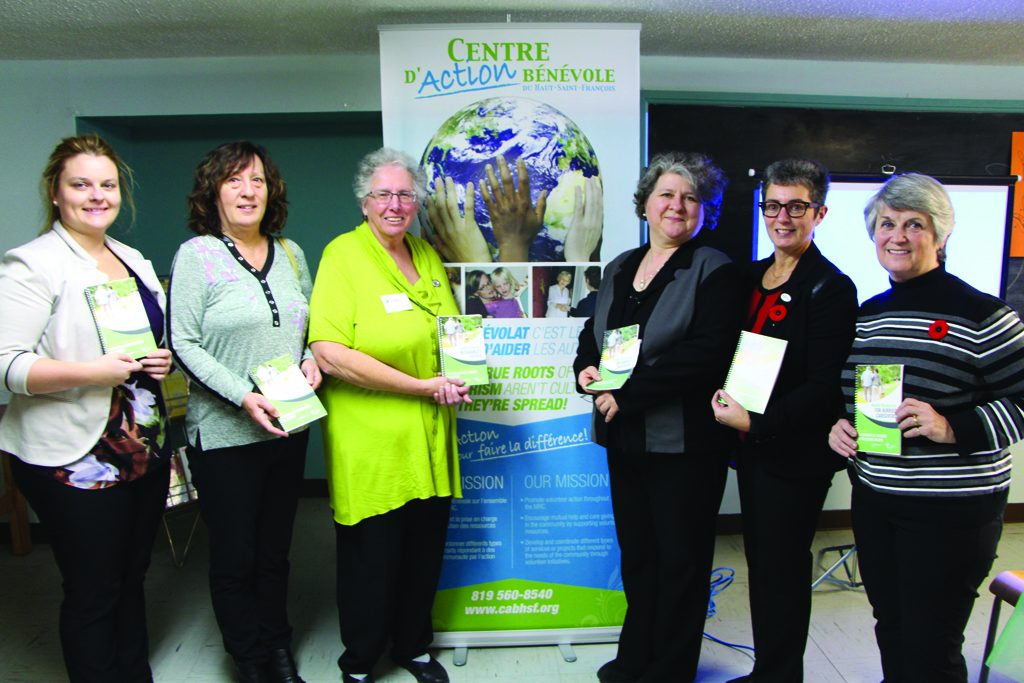 A directory of resources for caregivers of seniors in the Estrie region was launched recently at a reflexology activity by the Centre d’action bénévole (CAB) du Haut-Saint-François.

Handy Resources for Hurried Caregivers is the title of the directory, published in both English and French, and aiming to offer useful tools and resources for informal caregivers. Among other information, the 63-page booklet presents resources available throughout the Estrie region, including all six MRCs and the City of Sherbrooke.

The directory resulted from a cooperative regional approach among organizations offering services to caregivers, and local consultative tables for seniors. Some 100 caregivers were consulted for the occasion. Over the years, it was noted, guides have been produced in several MRCs in the Estrie, but never any that covered the services offered for caregivers of seniors in the entire region. Hence, the Table régionale de concertation des aînés de l’Estrie (regional consultative table for seniors in the Estrie) was called upon to bring together the various partners in this project.

Tools were compiled. Caregivers in both rural and urban areas of the Estrie were consulted in order to determine the form of the regional tool, as well as to validate each step of the process. A list comprising the various resources was compiled, then verified, and incorporated into the directory.

The creation of the guidebook was made possible by the financial support of Appui Estrie and the consultative tables for seniors in the seven MRCs in the Estrie region.

France Lebrun, executive director of the CAB du Haut-Saint-François, who participated in the project, said that 450 copies in French and 150 in English were to be distributed. Others are available at the CAB office, as well as at the Aide à domicile. The distribution took place during the Caregivers’ Week.