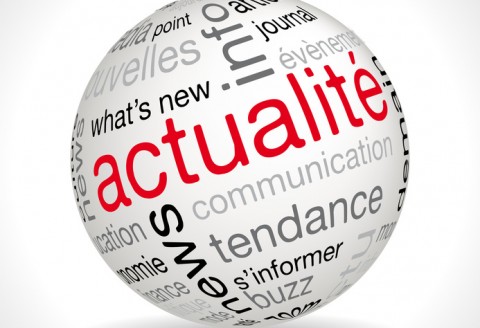 Barring a major unforeseen event, the IGA Cookshire grocery store is to re-open on Thursday, March 26. Starting at 7 a.m., clients in the greater Cookshire-Eaton region will be able to resume their shopping habits after 6 weeks of closure.

The store closed its doors due to a fire of criminal origin, which occurred on the night of Sunday, February 16. The fire broke out near the boarding dock, causing damage to the CO2 system as well as to the business offices located on the upper floor. The store, especially the walls near the source of the incident, was mainly affected by water and smoke.

Clean Store
Clients will enter a store that is fully cleaned, sanitized and, in some places, repainted. All the products on the shelves and inside the fridges will be fresh, said Denis. “We threw away everything that was perishable. Everything that was dry and safe to eat, certified by MAPAQ [Quebec Ministry of Agriculture, Fisheries and Food], was donated to organizations such as Moisson Haut-Saint-François and Moisson Cookshire-Eaton.” The owner took the opportunity to rearrange some of the provisions inside the store. “We have changed the microbreweries corner a lot. The beers will now be cold. We changed shelves in the bakery.” Some fridges will also be replaced due to water damage. The store entrance has been reworked and repainted. “What we were able to change without extending the closure period, we did. One thing we had in mind was to keep the soul of the store. We want people to get back their store.” To this end, Denis plans to install a banner bearing the words “Welcome Home.”

Re-opening
The owner does not plan to hold a special reopening ceremony. “We don’t want to pretend it’s a new store. We want to show continuity, to tell people that it was a pause. We want to express to customers the pleasure of seeing them again.” But Denis wishes to express his gratitude to the clientele. “At the start, we talked about having lots of tastings for the reopening, but because of the coronavirus, we removed everything. We’re having drawings instead.” However, he pointed out that clients will still be able to taste local beers from the Brasserie 11 comtés. The drawings and tasting will take place over three days, from Thursday to Saturday. There will be one daily drawing of a $250 gift certificate. There are also plans to have a drawing on Facebook. In the store, there will also be the Lucky Wheel to earn Air Miles points.

Asked if he feared losing part of his clientele after six weeks of closure, he said: “I don’t think so. I trust my clients.” Denis said the store had continued to offer online and delivery services despite everything. He added that the feeling of mutual aid characterizing the community, and the contribution of the municipality and of Mégantic MNA François Jacques in setting up the shuttle bus during the closure helped to consolidate his clientele. The owner added that he regularly received support from the population. “I have had at least 100 people who have called me about helping out on a volunteer basis. Unfortunately, I could not accept their aid because of the insurance.” A true advocate for local purchasing, Denis says things are back in order. “Our suppliers and local entrepreneurs are working hard to make sure everything is good.” On the other hand, he did not hide his satisfaction at the fact that the 76 employees of the store were all paid during the closure, a period covered by the insurance policy. It should be noted that the Sûreté du Québec police investigation is still underway.