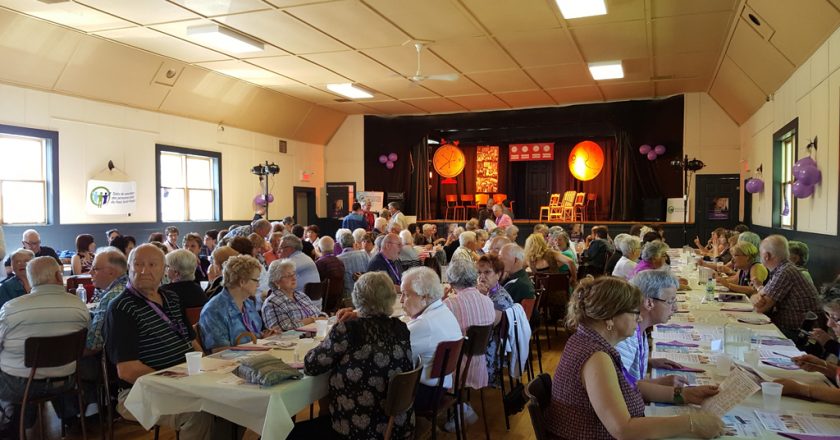 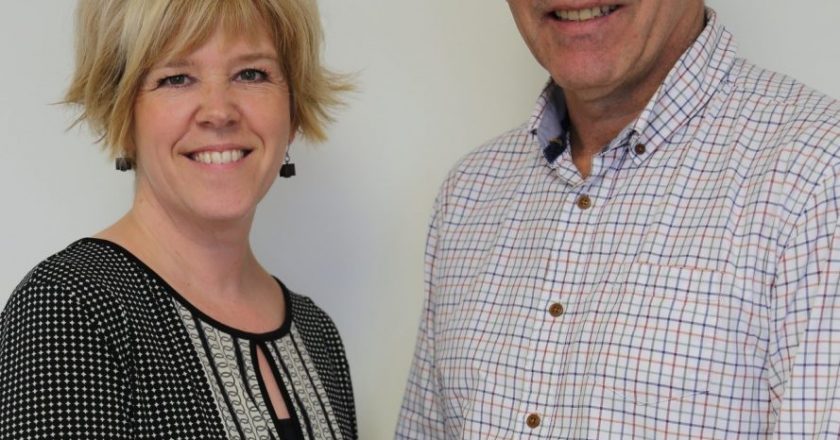 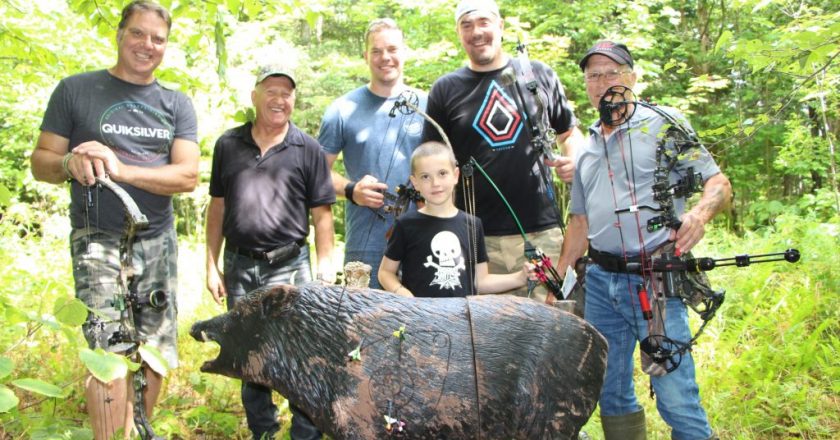 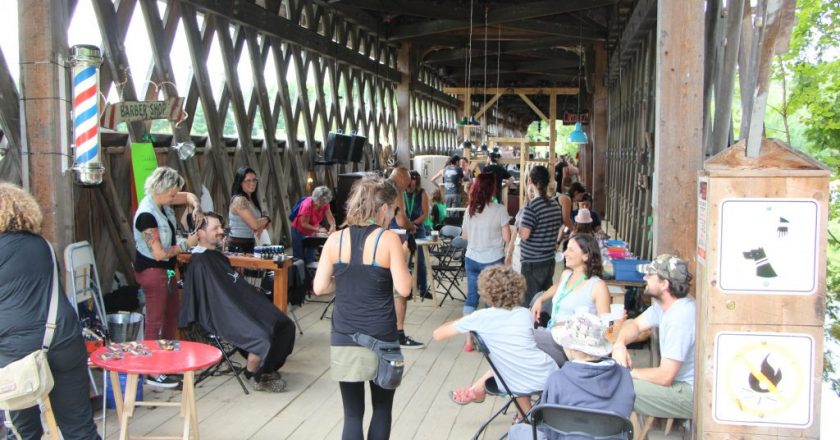 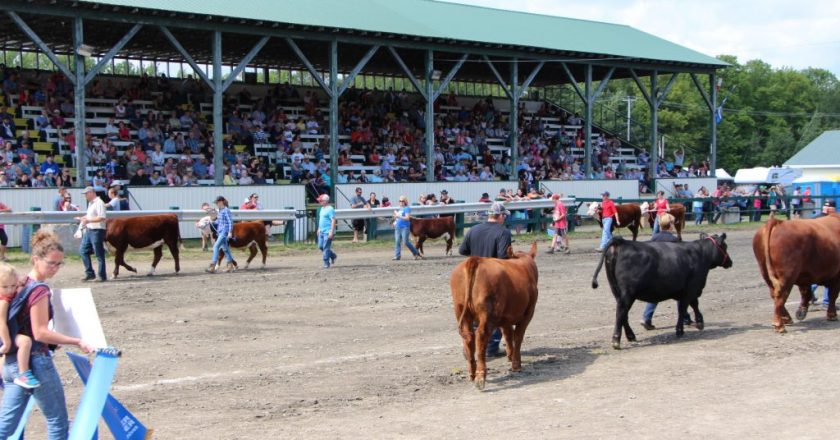 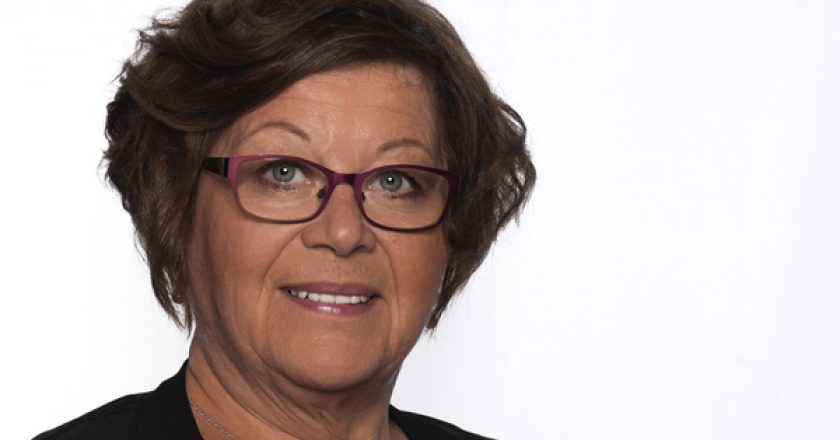 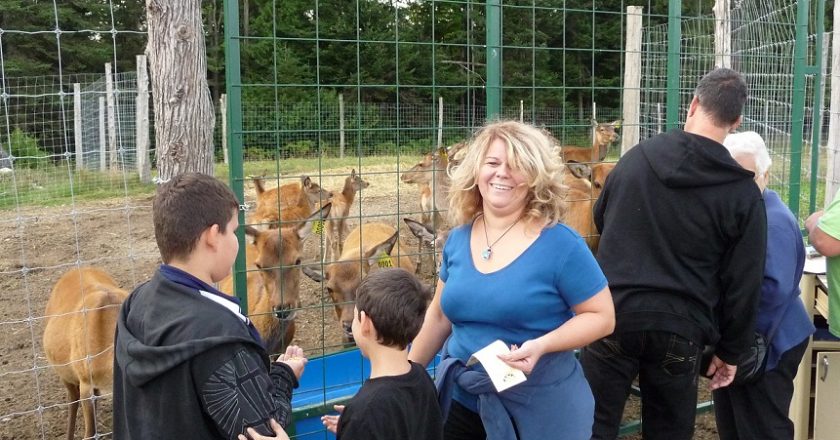 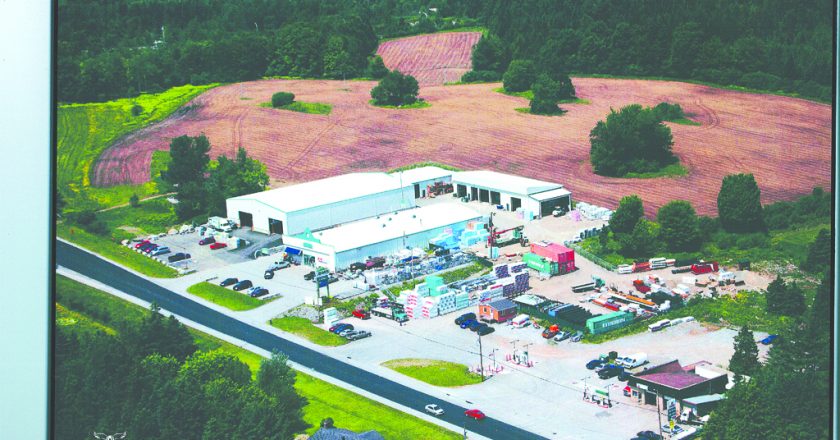 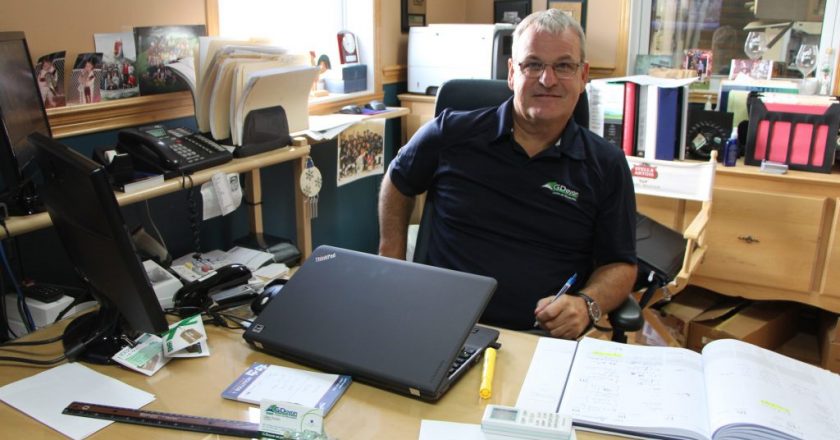 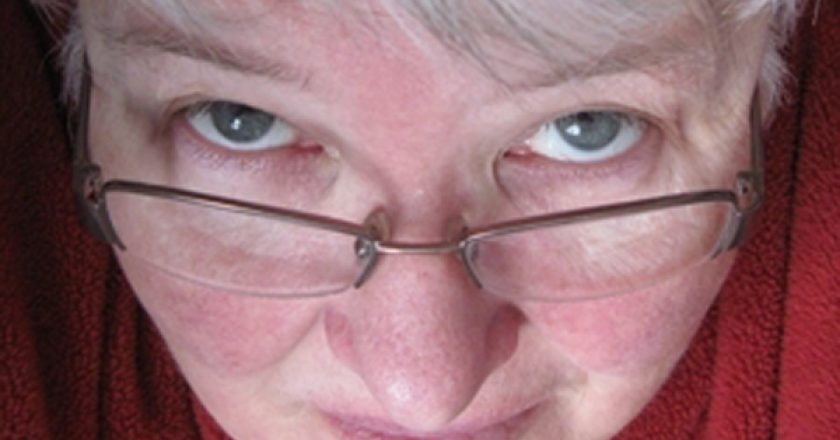 The rain it raineth every day
Upon the just and unjust fella
But mostly on the just because
The unjust hath the just’s umbrella.
This little poem by Baron Charles Bowen seems just right for this summer in the Haut-Saint-François, given the amount of rain we’ve had. But the meditation on the just and the unjust seems apropos to the world over, most notably at this moment to the U.S., from which this column is being written.
We’re on our way south to see the Great American Eclipse, we told the border guard at Beecher Falls. He seemed happy. Maybe it was the juxtaposition of those two words, «great» and «American». In fact, this eclipse is supposed to be at least partially visible worldwide. But the path of totality on August 21st is to cut a swath southeast across 12 states in the U.S., from Oregon to South Carolina. We’re heading to Piedmont, S.C., to the pool of one of the few hotels in view of the eclipse that still had a vacancy.
Our path to Piedmont cuts a swath north to south, from Maple Leaf, QC, through 10 states, including Virginia. So the riots and demonstrations for and against racism in Charlottesville, Virginia, really caught our attention. «If you’re not outraged, you’re now paying attention.» That’s what Heather Heyer said. She’s the anti-racist activist who was killed at that demonstration.
She was talking about the rise of racist rhetoric in the U.S. in the past year. Not just the tone but the violent actions from the far-right seem bolder than ever. The whole scenario is scary and sickening, because it brings to light the vicious divide in the States between the white supremacists and those who stand on the side of love, as if the Civil War is heating up again.
Former President Obama tweeted the words of Nelson Mandala, «No one is born hating another person because of the color of his skin or his background or his religion. People must learn to hate, and if they can learn to hate, they can be taught to love. For love comes more naturally to the human heart than its opposite.» Those tweets have become the most-liked tweets in history, with more than 3 million likes and re-tweets.
But in the midst of all this comes a total solar eclipse. What does it mean? Jeffry Kluger of Time.com says it comes at a time of profound discontent, and could possibly elevate us briefly above those troubles. Is it «mearly a function of cosmic randomness?» he wrote. «Yes. Might you also find order and even divinity in it? Yes again. There is nothing wrong with seeing the 2017 eclipse as a gift to a riven nation – provided we resolve to be worthy of it.»
He is much kinder than many of the eclipse soothsayers. Some say its west-to-east path intersects the projected path of another total solar eclipse on April 8, 2024, going south-to-north. The intersection in New Madrid, Missouri, is on a geologic fault that supposedly will trigger a major earthquake at the time of the second eclipse, splitting the North American continent in half as the Gulf of Mexico rushes northward.
Beware, my neighbours, I jocularly say. Maple Leaf is also right in the path of that 2024 eclipse. So either prepare your solar glasses, or stock up your life raft, depending on whether you take the path of scientific randomness or cosmic significance.
Or think of it all as a metaphor for the differences that already split our world, our continent, and our peoples. And reflect on how the mind will seize on any possible diversion from dealing with the complex and widening divide between the haves and the have-nots in our world. Just a little more justice, just a little more love, seem to be needed.
THE MUSEUM
Although the Eaton Corner 1867 day has come and gone, the yesteryears encompassing 1867 live on at the Eaton Corner Museum. In September, it is open Saturdays and Sundays, 11 a.m. to 4 p.m. Reservations for other days may be had by phoning the Museum at 819-875-5256.
NEWPORT – IYENGAR YOGA
The Iyengar yoga class with Vanessa Salvatore start again Friday September 8th at 3h00 pm, at the community room of the Town Hall, 1452, Route 212, Newport. 8 classes 160$. Information and inscription 819-875-1767. For 50 and plus. Beginners welcome.
THE MARKET
Continuing until the end of September, the Village Market at the Sawyerville Community Garden is open every Saturday morning from 10:30 to 12:30. It features local, fresh produce without pesticides or artificial fertilisers, and specialties such as venison from the Sabot d’Or farm, sheep and goat cheeses, honey, herbs, and all kinds of vegetables. In the outdoor oven every second week is prepared hot fresh pizza, and the other weeks are baked scones or other treats. The market is in the heart of the Community Garden at 70 Randboro Road. Info: Chantal Bolduc at chantalbolduc99@bell.net or 819-889-3196.
THE CHURCHES
Baptist. In Sawyerville, the Sunday worship service is at 9 a.m. in French, and 11 a.m. in English. Sunday school is at 10 a.m. in English and French. Info: 819-239-8818.
Anglican. On August 27 the Sunday service is in Cookshire at 10:30 a.m. On September 3, a service is at 9:30 a.m. in Bury, and 11 a.m. in Cookshire. Info: 819-887-6802.
United. The Sunday service on August 27 is at 10:30 a.m. in Bishopton, followed by a potluck lunch at the home of Rev. Tami Spires in Bishopton. On September 3, a service is at 9:30 a.m. in Cookshire, and 11 a.m. in Sawyerville. Info: 819-889-2838 (listen to message).
Do you have news to share? Call 819-300-2374 or email ra.writes@gmail.com by August 28 for publication September 6, and by September 11 for September 20. 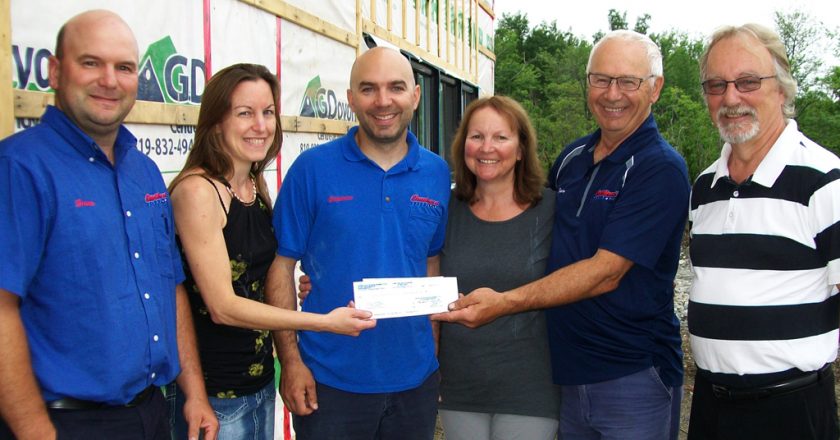 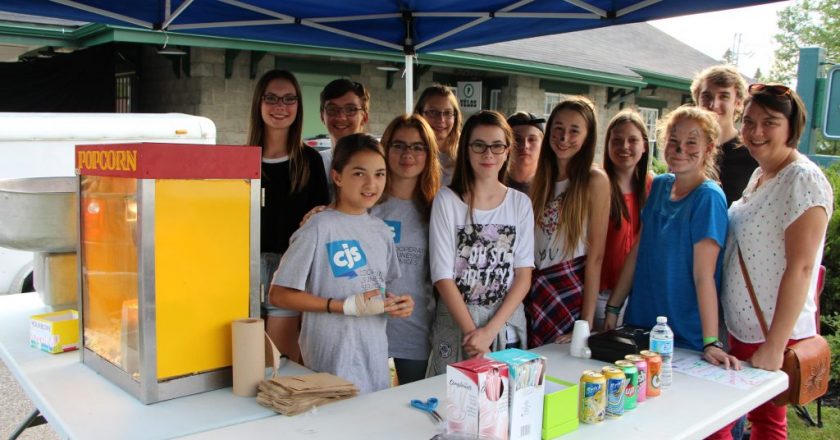 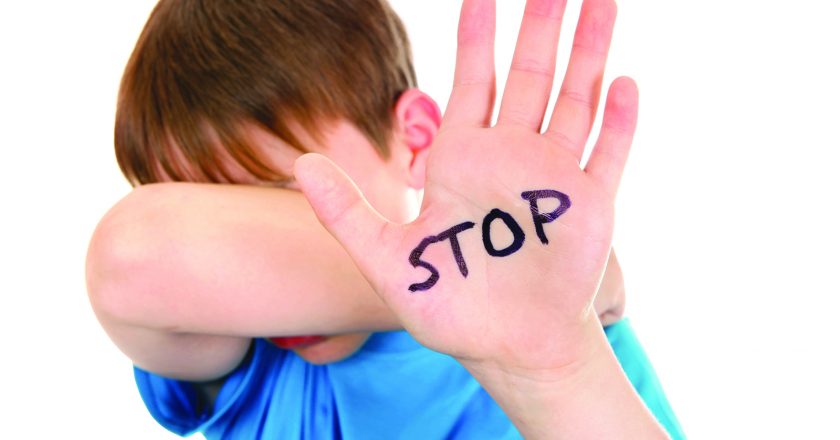 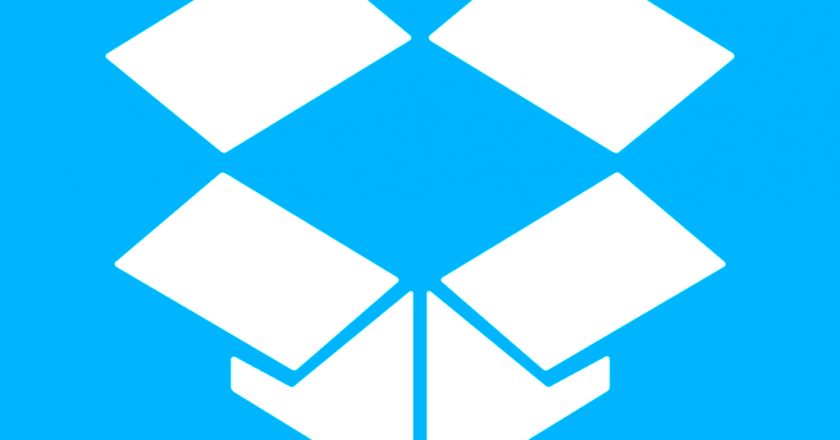 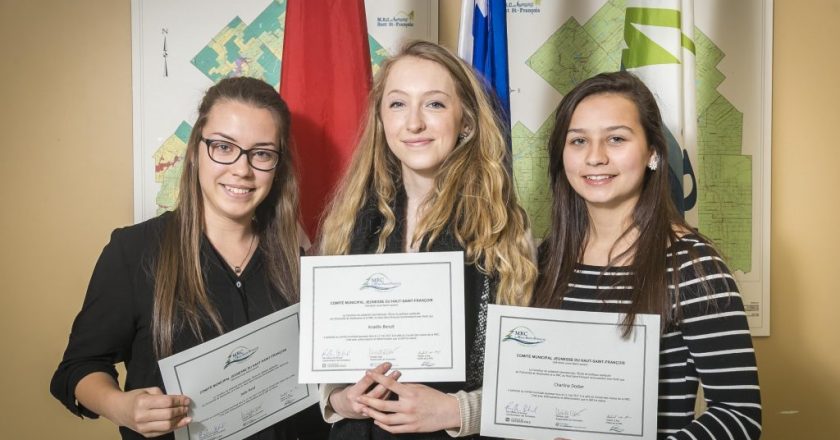 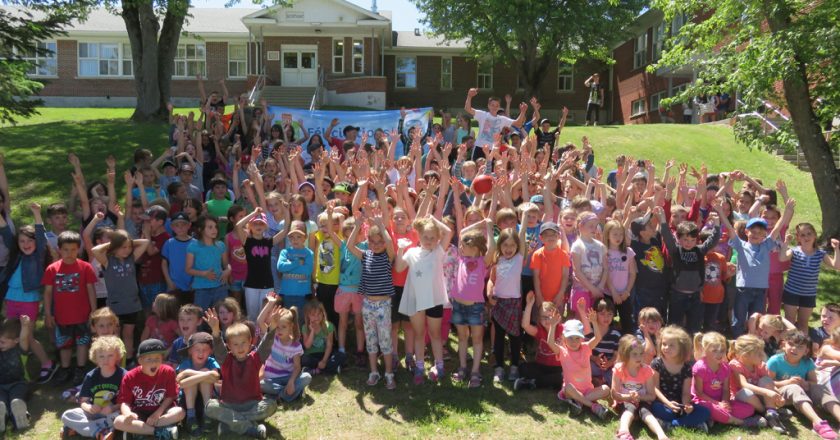