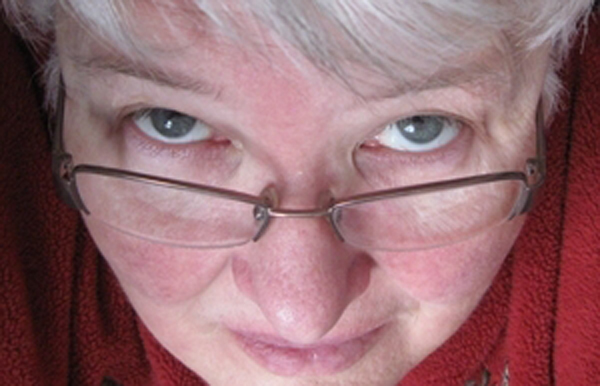 Shortly after the first electric car was invented, my son began pestering us to get one. Well, time flies.
Energy.gov says that invention was in the 1830s, in Hungary, the Netherlands and the US. After that, the electric idea kept popping up, getting whacked down by the gas car industry, and popping up again. In times of gas shortages, the idea gained strength.
Who Killed the Electric Car is a fascinating documentary about a General Motors experiment in California, when furturistic EV-1 cars were leased to hundreds of happy users. But the honeymoon ended a decade later, in 2006, when GM refused to renew the leases and crushed the fleet of electric vehicles.
But now we face the mother of all shortages. We’ve squandered oil supplies and we’ve undermined the earth’s environment, our life-support system itself.
Vegan for the past 20 years, my son has ever been ahead of the curve. He’s had the electric car in his sights forever. Back then, he even invested in a lithium mining enterprise; that’s the metal needed for electric car batteries. (Sadly, that investment in Texas was not a good one. But now, times have changed.)
In 2010, the Nissan Leaf hit the road. My son took note. But we’d just bought a Honda Fit; another new car was beyond our means. Besides, our mechanic said it was a bad idea, living out in the boonies as we do. Electric cars have a limited range.
But as the climate kept changing and pollutants kept growing, more car manufacturers began creating and upgrading electric vehicles. Their range kept growing. Electric charging stations kept proliferating. And with government subsidies, their prices kept shrinking.
So last January, as our exhausted Fit suffered the winter blues, we whipped into action. Extensive online research narrowed our search to two models that had the longest range, best recharging options, and the most manageable prices.
The Chevy Bolt and the Hyundai Ionic 5: The next day, we visited the dealers in Sherbrooke. The Chevy Bolt was priced better, but had less leg room and promised a longer wait – until November. The delay was because of the exploding-battery recall; supplying new batteries for the existing cars took precedence over building new cars.
The Hyundai Ionic 5 excited us: Its instant power. Silent ride. Sleek shape. Spacious inside. Super display. The longest range we could find.
Estimated date of arrival: August. But maybe sooner, if someone else ordered the same model, but changed their mind after it came off the assembly line.
Did I mention we were excited? We opted to pay an extra $200 for Lucid Blue paint. My son approved.
Oh, the waiting! When gas prices skyrocketed, the wait became excruciating. We checked with the Sherbrooke Hyundai dealer several times over the months. Once he said, “Sorry, there’s a backlog of orders. You won’t get it until 2023.”
The next month, “Good news. Headquarters asked us for the first nine orders in January 2022. Everyone else will have to wait until 2023. YOU were among the first nine, so you will get yours, maybe, before Christmas. We’ll know six weeks in advance.”
Another month, he said, “Probably in October or November; maybe in September!”
We’d love to install the Level 2 Rapid Charger in our carport this summer, but cannot do so until we get our Vehicle Identification Number. That happens when our Lucid Blue Baby rolls off the assembly line to journey from South Korea across the ocean by ship, across Canada by truck (or train?), and six weeks later, into our eager hands.
Today, we call Hyundai Sherbrooke again. No sign of our car yet.
We console ourselves. People who order today have to wait two or three years. We’re still hoping for this year!
MUSICAL UNIVERSE
Visit the art exhibit at the Cookshire-Eaton Art Gallery, and you’ll be intrigued by this concert: The Musical Universe of Louis-Pierre Bougie. Musicians: the Quatuor Molinari with the flutist Myriam Genest-Denis, and the participation of René Lussier. It’s Saturday, September 17, at 3 p.m., at the Trinity United Church, 190 Principale West, Cookshire. Tickets: $25. Reserve at galeriecookshireeaton@gmail.com.
YOGA IS BACK
Yoga classes begin in Sawyerville on Tuesday, September 13, at 10 a.m. in the Sawyerville Catholic Church basement, 4 Randboro Road. Info: Myrna MacDonald Lowry, myrnamac44@gmail.com, or 819-875-5393.
NOT IN CANTERBURY
The Saturday market in Canterbury (Canterbury Centre, 1095 Victoria Road) has been cancelled until further notice.
MURMURS, MUSEUM & TOURISM
The multimedia show in the Parc des Braves in Cookshire is still showing on Thursdays, Fridays, and Saturdays. The 30-minute wordless image and sound show can be viewed twice each evening just after dark, until September 17.
The Eaton Corner Museum at 374 Route 253, Eaton Corner, is still open Thursday to Sunday, 11 a.m. to 4 p.m. until the end of August.
The tourist information bureau at the Maison de la Culture John-Henry-Pope, 25 Principale West, Cookshire, is open daily from 10 a.m. to 5 p.m.
CHURCHES
Baptist. In-person services are in French at 9 a.m. and in English at 11 a.m. The Sawyerville Baptist Church plans to celebrate its 200th birthday on September 3 and 4. For information, please contact Pastor Michel Houle at 819-889-2819.
Anglican. An in-person Sunday service is planned for August 21 at 11 a.m. at St Peter’s Church in Cookshire. For a schedule of services, visit deaneryofstfrancis.com and click on the “Calendar” link. Info: 819-887-6802, or quebec.anglican.ca.
United. An in-person Sunday service is August 21 at 10:30 a.m. at the Trinity United in Cookshire, and August 28 at 9:30 a.m. at the Trinity United in Cookshire, and 11 a.m. at Sawyerville United. All the services are at 10:30 a.m. Check the answering machine message at 819-889-2838 for information.
Do you have news to share? Call 819-640-1340 or email rawrites@gmail.com by August 22 for publication August 31, and by September 5 for September 14. 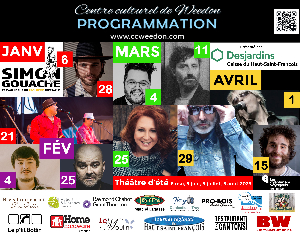