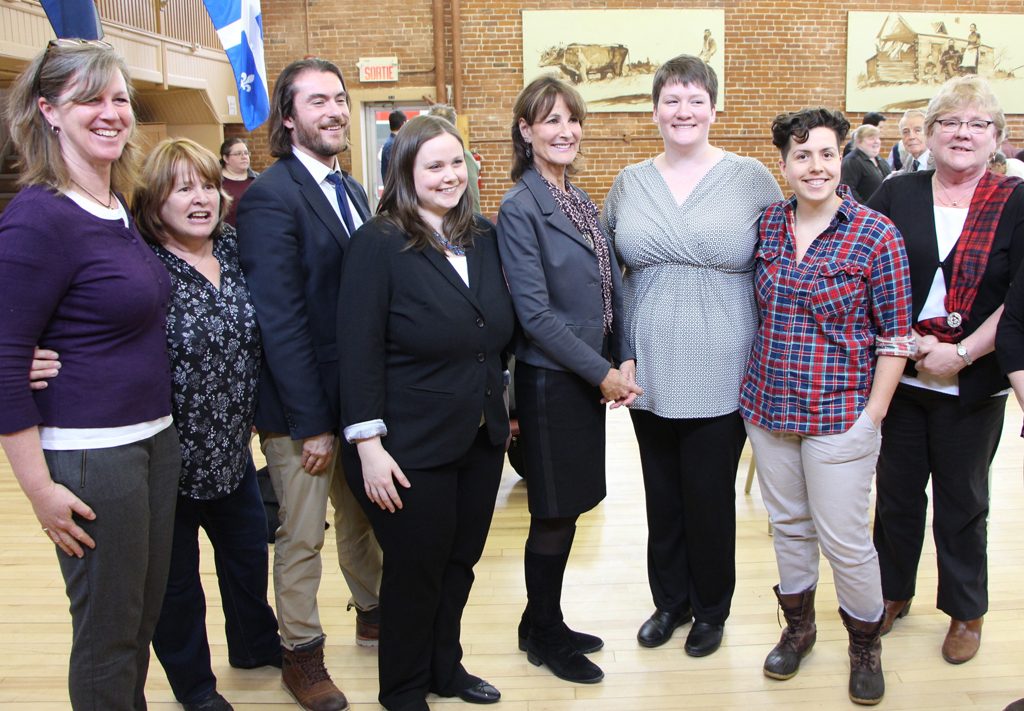 The Quebec minister responsible for relations with English-speaking Quebecers, Kathleen Weil, recently stopped by in Bury to take the pulse of the population. About 50 members of the English-speaking community were present and were able to talk in person with the MNA of Notre-Dame-de-Grâce (NDG). General access to bilingual services was one of the issues raised more than once during the discussion.

The event was part of a provincial tour aiming to understand the diverse realities and concerns of the community in view of a public consultation to take place in the coming months. During the visit to Bury, the minister made stops at the St. Paul’s Rest Home, the Eaton Valley Community Learning Centre and the Armoury Community Centre.

According to Townshippers’ Association, the Haut-Saint-François has a community of about 2500 persons whose first language is English. This number represents 11% of the population, the second-highest percentage in the Eastern Townships, after the Memphremagog MRC.
About a month after she became minister in October 2017, Kathleen Weil announced the creation of a Secretariat for relations with English-speaking Quebecers. «The Secretariat is like a mini-ministry,» explained Weil.

«The idea is to support the vitality of the communities all over Quebec,» she continued. «We want to government services, in health and in other sectors, to be able to respond to their needs in English, because they have the right to receive information and services in English. But also to ensure that young people can stay here and find their place.»

On that point, the minister cited the statistic that two out of three bilingual university graduates leave Quebec to go work elsewhere in Canada. «We understand these young people who have opportunities elsewhere. But if they had the choice, we would rather they stay here, because we’re losing out. At present, we’re recruiting people from around the world, but we’re losing our own citizens.» Kathleen Weil offered several examples of concerns that some educated English speakers can have before deciding to leave: «Is my French good enough? Is my French suitable for the job that I am looking for?» She confirmed that the Secretariat is thinking about ways to offer linguistic support to help such persons stay. «When young people leave, they don’t come back, so it’s a loss to our population. This is becoming an issue of survival for the economy in rural regions, where there is a striking shortage in the workforce.»

The mayor of Bury, Walter Dougherty, spoke during the meeting and offered a personal account of how, some years ago, he tried out for a job in the Ministry of Transport. «The job offer mentioned a bilingual position. When I arrived to take the test, they said that if I failed the first part in French, they would stop evaluating it. I asked them to wait to look at the English part, and then to average the two parts, since bilingualism was a requirement. But they refused.» Dougherty said that the topic of the predominence of French was one that he felt passionate about.